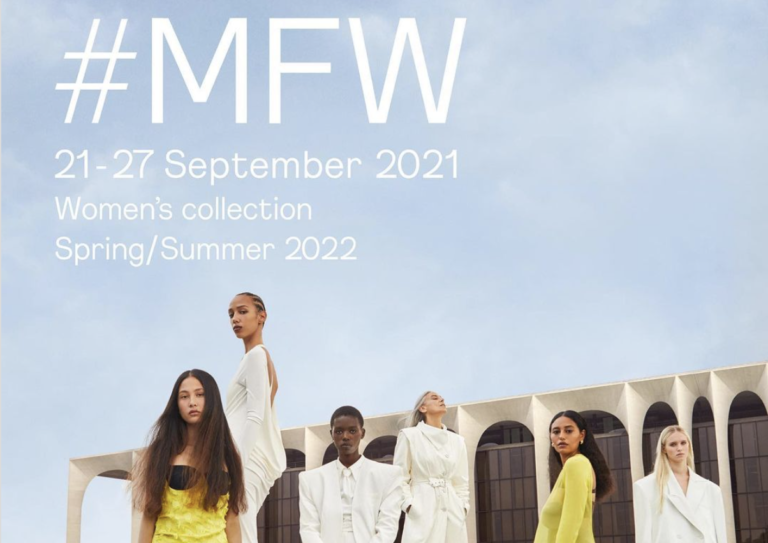 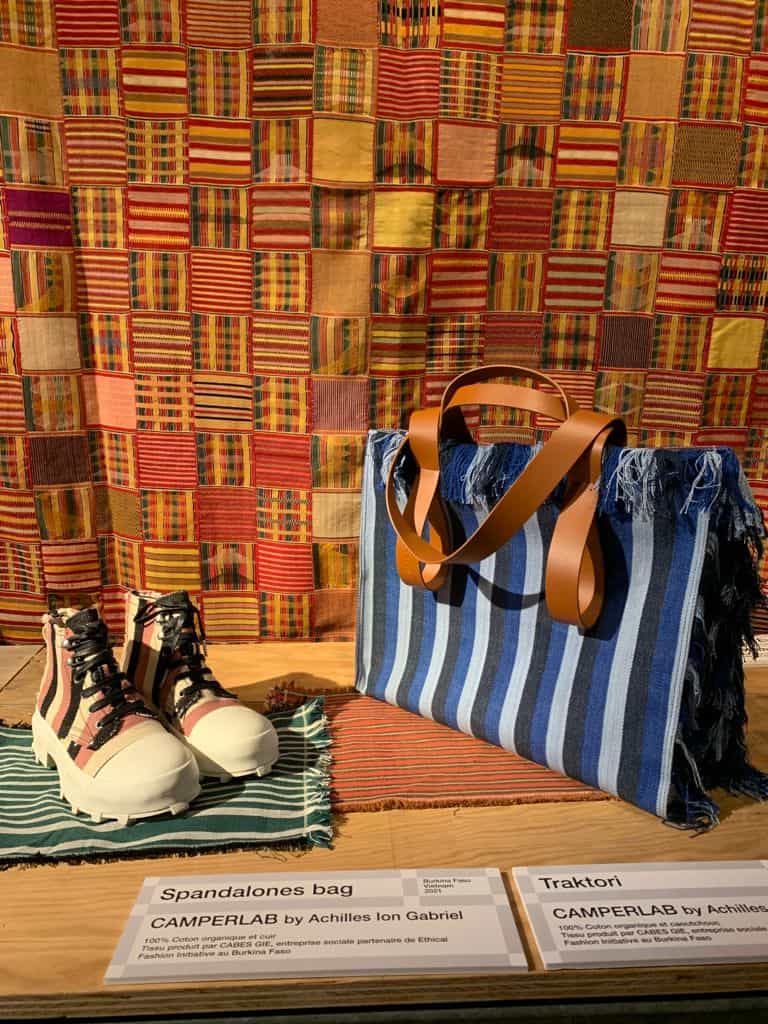 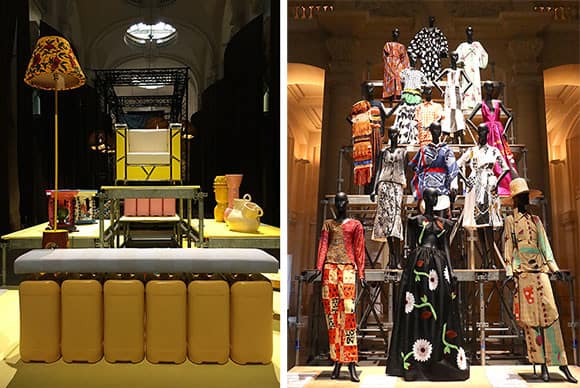 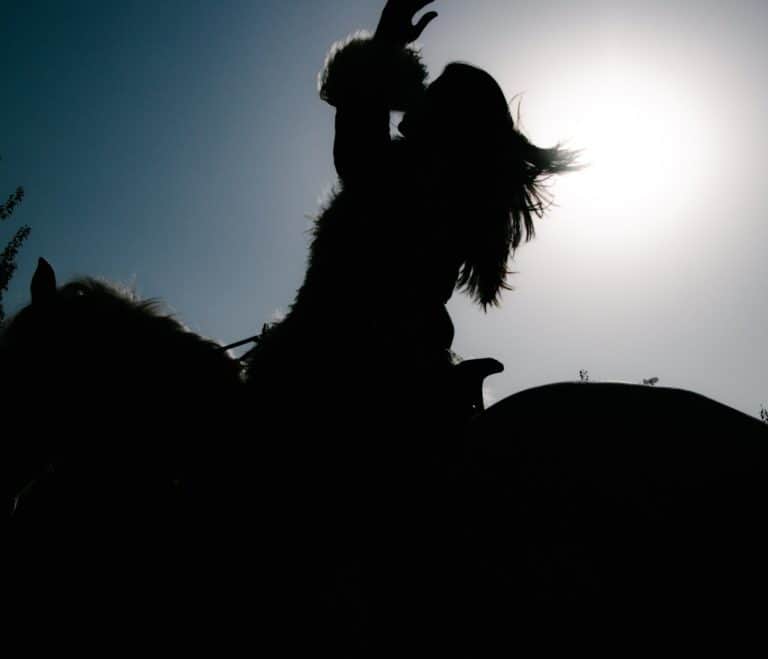 In 2016, for example, Simone Cipriani, the founder of the Ethical Fashion Initiative, a program of the International Trade Commission, a joint agency of the United Nations and the World Trade Organization, began a program in Afghanistan focused on cultivating local production of saffron and silk and run according to the principles of the International Labor Organization. Sixty percent of the 3,500person work force is female. 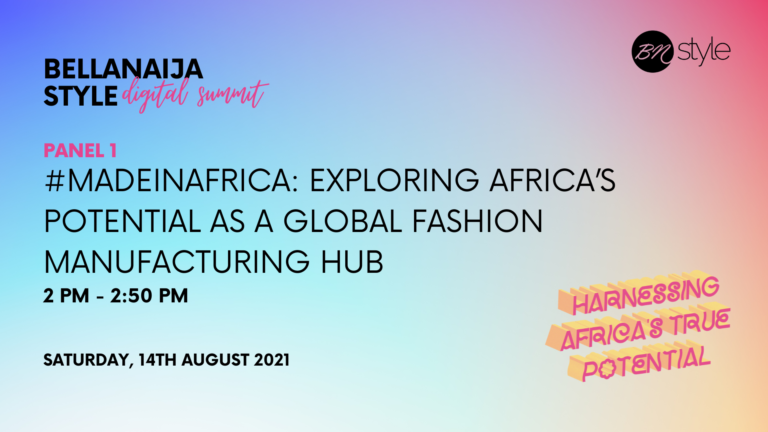 Simone Cipriani has made it his mission to build a more responsible and sustainable fashion industry, by transforming it into a vehicle of poverty reduction and of empowerment of women, throughout the developing world. The Ethical Fashion Initiative (EFI) is a large supply chain that enables artisans who live in marginalised conditions, in Africa (Burkina Faso, Mali, Kenya, Ethiopia, Uganda and DRC), the Caribbean (Haiti) and Asia (Afghanistan and also in Tajikistan and Uzbekistan), to become regular suppliers of international fashion and lifestyle brands, thus reducing poverty and empowering large numbers of women artisans. 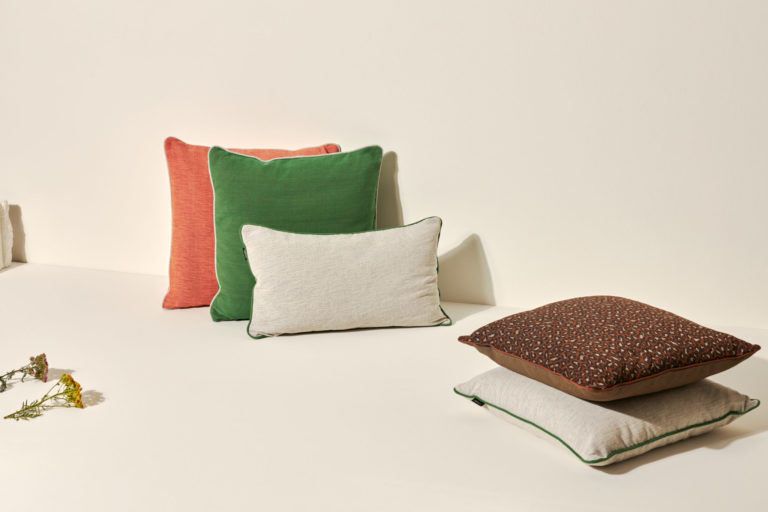 SMagazine – DECORATE YOUR SPACE WITH LATEST PILLOW COLLECTION FROM GOODEE

Following their sought-after debut collection, GOODEE is back with their second instalment of sustainable pillows. Made in collaboration with the UN’s Ethical Fashion Initiative (EFI), each pillow is filled with GOTS-certified organic muslin and cotton batting from Cece’s Wool—a non-profit providing jobs and services to individuals with developmental disabilities 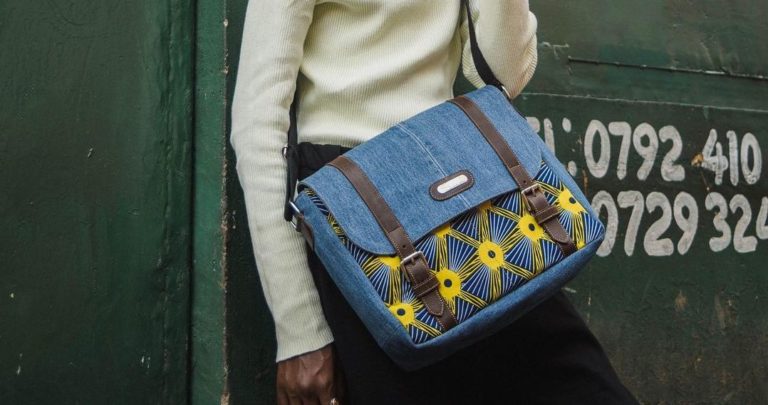 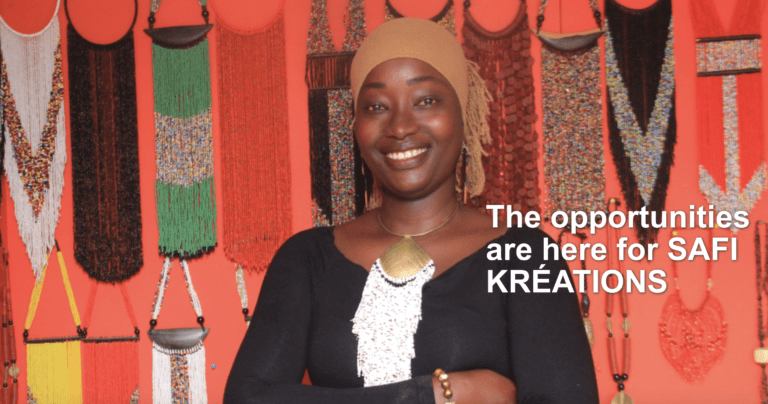 ITC – The opportunities are here for SAFI KRÉATIONS

Safiatou Kone produced her own accessory creations before she started her education. Exploring her artistic drive, it has been a familiar way to earn some money on the side.

Seriously considering the creative industries as a major source of income was, however, not an option for the artist from Abidjan.

The economic value of the cultural and creative sectors in developing countries, such as art, handicraft, fashion and music is at times overlooked as a valuable source of income generation or driver of job creation – even though the ‘orange economy’ contributes to creating around 30 million jobs worldwide, according to the World Bank.

Similarly inspiring work is being done by the Ethical Fashion Initiative (EFI), a program of the International Trade Centre, which has just announced the six recipients of its latest EFI Designer Accelerator—Atelier V.O, Kente Gentlemen, Laurenceairline, Maöta Studio, Ohiri and Oudy K. The two-year scheme comprises masterclasses and mentorship to get these businesses investment-ready. EFI founder Simone Cipriani says: “The ultimate objective of the Accelerator is to guide and empower all fashion players to own the skills and knowledge in becoming leading actors across their communities and countries, engaged in the creative and production value chains, exercising and operating the 100% Made in Africa paradigm. A new generation of African creatives in charge.” 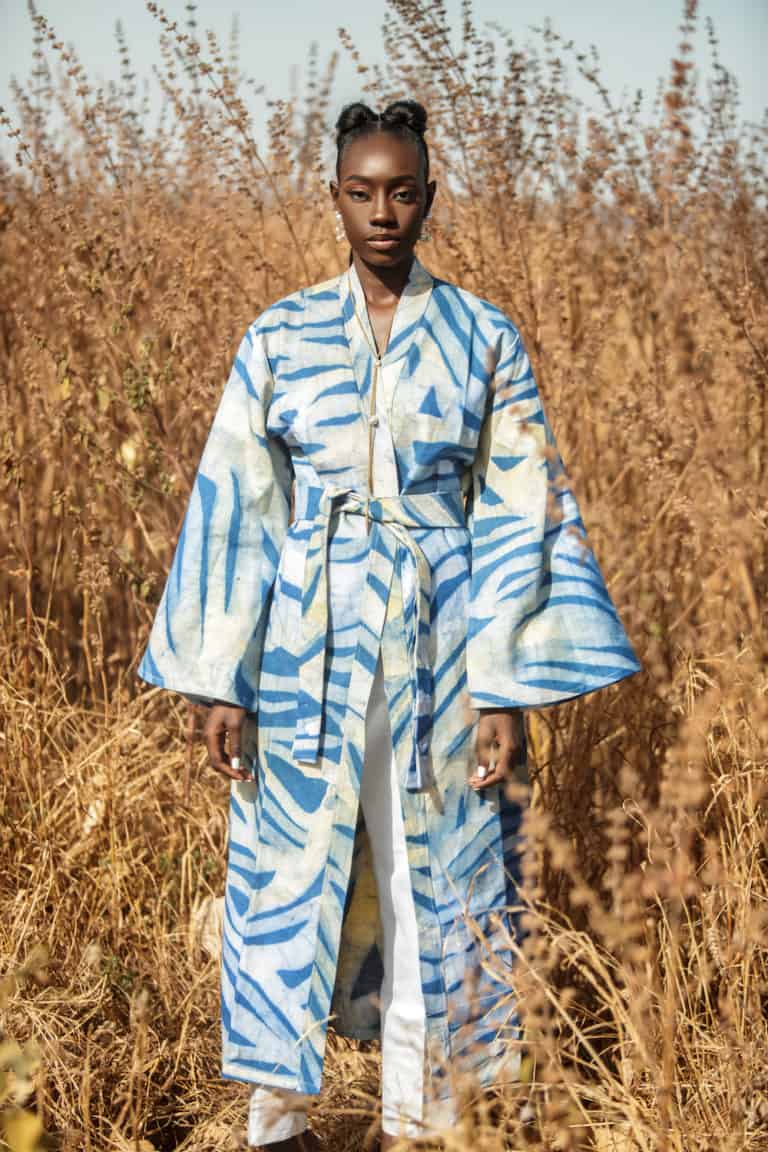 After careful consideration, six talented West African creatives have been chosen to participate in the new Ethical Fashion Initiative (EFI) Designer Accelerator (a flagship of the International Trade Centre – a joint agency of the United Nations and World Trade Organisation). Highlighting the programme’s commitment to African youth, sustainability and diversity, participants selected to enter the two-year programme which will begin in July 2021 are: Atelier V.O, Kente Gentlemen, Laurenceairline, Maöta Studio, Ohiri and Oudy K. 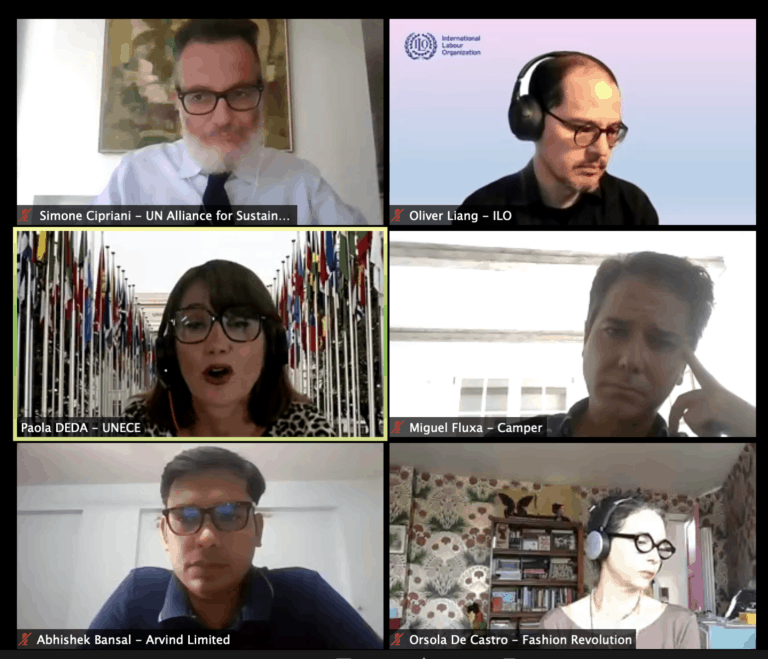 This event aimed to engender discussion among actors associated with the fashion industry on turning fashion into a driver of sustainable development and pandemic recovery and provide guidance for member States to achieve this. The event was organized by the UN Alliance for Sustainable Fashion.

Paola Deda, UN Economic Commission for Europe (UNECE), moderated, posing questions to panelists on such topics as: reducing consumption in rich countries while providing more access in the global South; pursuing long-term quality and sustainability versus producing cheap “fast fashion”; and the impacts of these changes on the environment, workers, and society along the fashion value chain.

The selected participants will receive mentorship from a team of experts with extensive experience working in Africa, fashion and business development. They will also enter the rigorous curriculum of a two-year programme by working with EFI within the production capacity frame already established by each brand to begin developing one collection per year.

They will engage in programme support, workshops and 1-1 mentoring sessions delivered by the Accelerator dedicated team and industry experts in topics including Production Support, Acceleration of the Business Process, Building Brand Value and lots more. 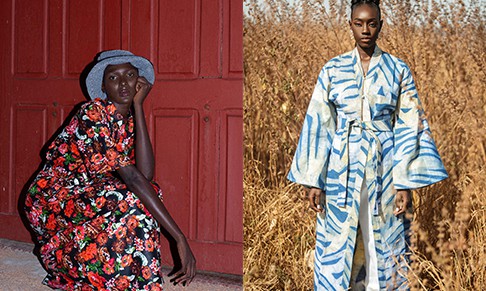 After careful consideration, six exceptionally talented West African creatives have been chosen to participate in the new Ethical Fashion Initiative (EFI) Designer Accelerator (a flagship of the International Trade Centre – a joint agency of the United Nations’ and World Trade Organisation). Highlighting the programme’s commitment to African youth, sustainability and diversity, participants selected to enter the two-year programme which will begin in July 2021 are: Atelier V.O, Kente Gentlemen, Laurenceairline, Maöta Studio, Ohiri and Oudy K. 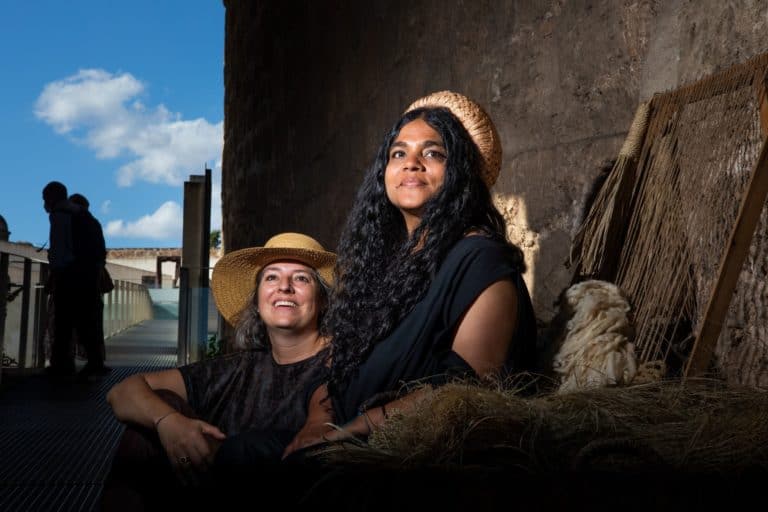 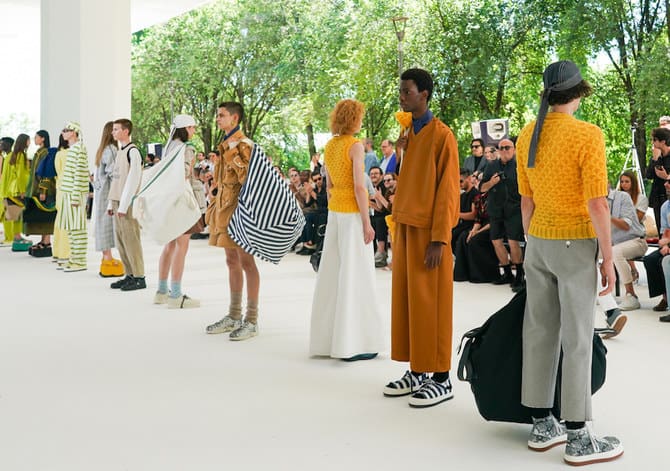 Camera della Moda has been given the patronage of the Ethical Fashion Initiative, a UN project on ethical fashion.

“Fashion Deserves the World” was introduced at the end of Milan Men’s Fashion Week as a part of the initiatives organized in Italy for World Refugee Day, in cooperation with the UN High Commissioner for Refugees (UNHCR) and Mygrants, a startup that provides micro-learning programs in three languages to help migrants consolidate their knowledge and find a job. 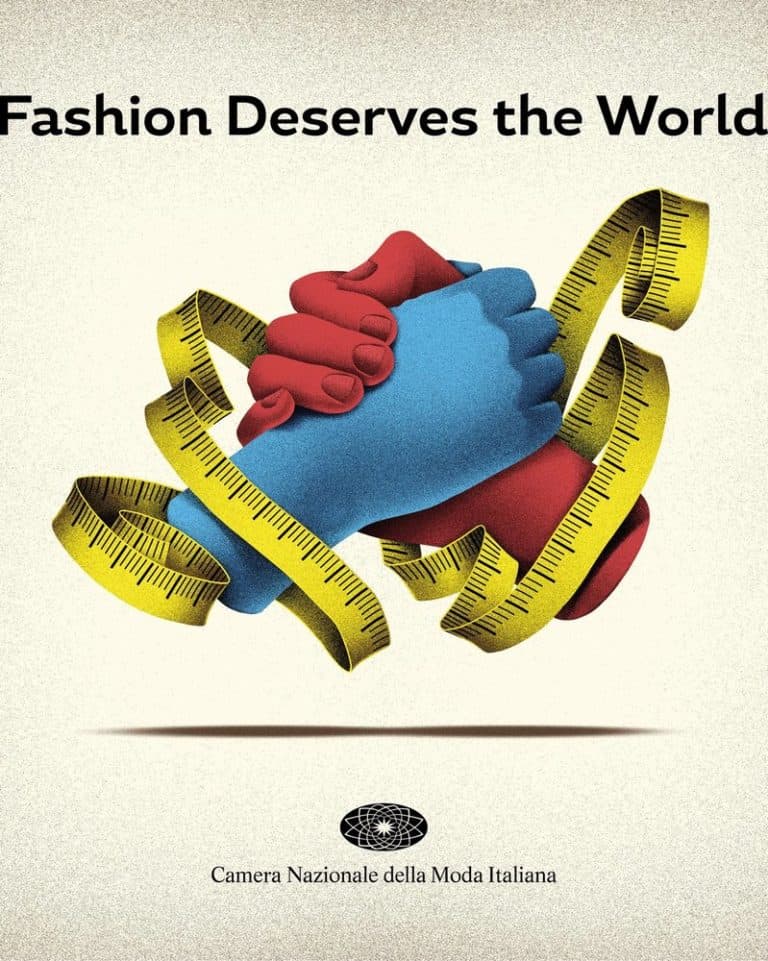 In 2014 the brand partnered with Ethical Fashion Initiative, a body that connects artisans living in marginalised communities around the world with global lifestyle brands. Collaborations between MIMCO and EFI have provided work for 1,400 artisans worldwide, 86% of whom are women, focusing particularly on partners in Kenya and Haiti. 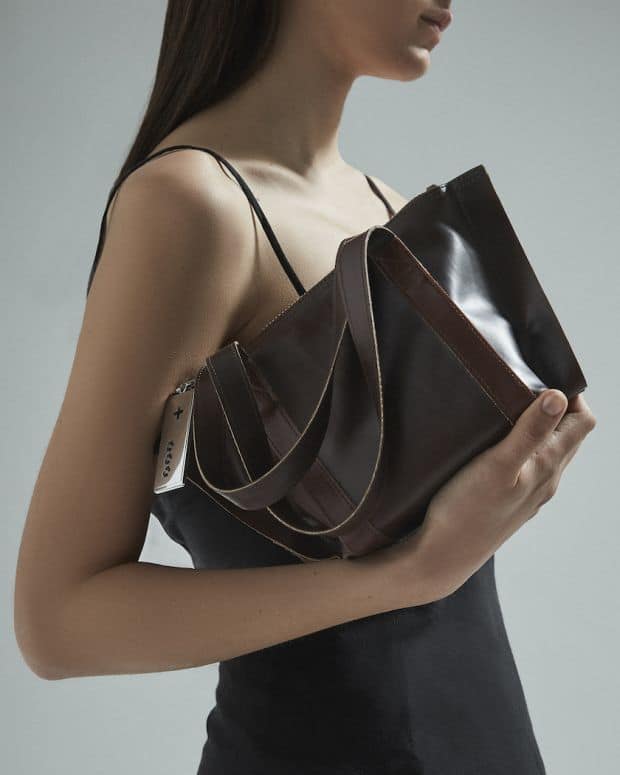 +Three°°° also collaborates with EFI (Ethical Fashion Initiative), the UN’s ethical fashion program. EFI creates and manages ethical value chains for craftswomen who live in developing countries or that are facing conflicts. EFI also manages several emerging fashion brands from Africa, it abides by the UN Alliance for Sustainable Fashion and follows a code meant to be respectful of human rights–as defined by ILO (International Labor Organization)–while aiming to lower their social and environmental impact. 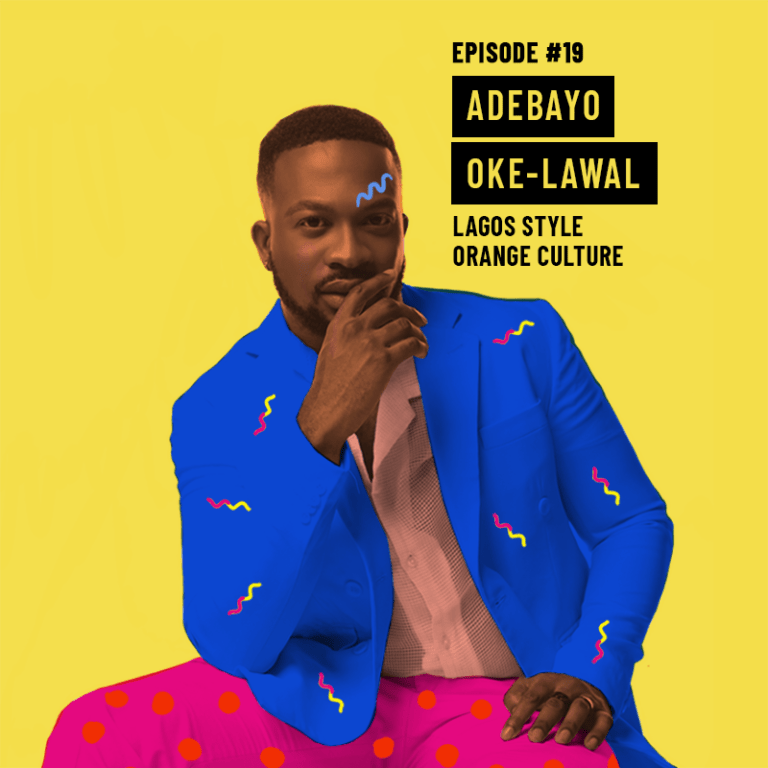 Lagos Style – Orange Culture’, the Ethical Fashion Podcast’s latest episode, is the show’s ninth in its twelve-episode series dedicated to African art and creativity. Aired on May 20th, the episode features Orange Culture’s founder Adebayo Oke-Lawal for a discussion on fusing fashion with activism and what that looks like in modern-day Africa.

Adebayo is an inspiration. His work has won him accolades in international fashion circles but it’s his approach to movement building and giving back that wins hearts. He uses his platform to stand up for issues he believes in – not least, fighting toxic masculinity. He also makes time to mentor emerging African designers. 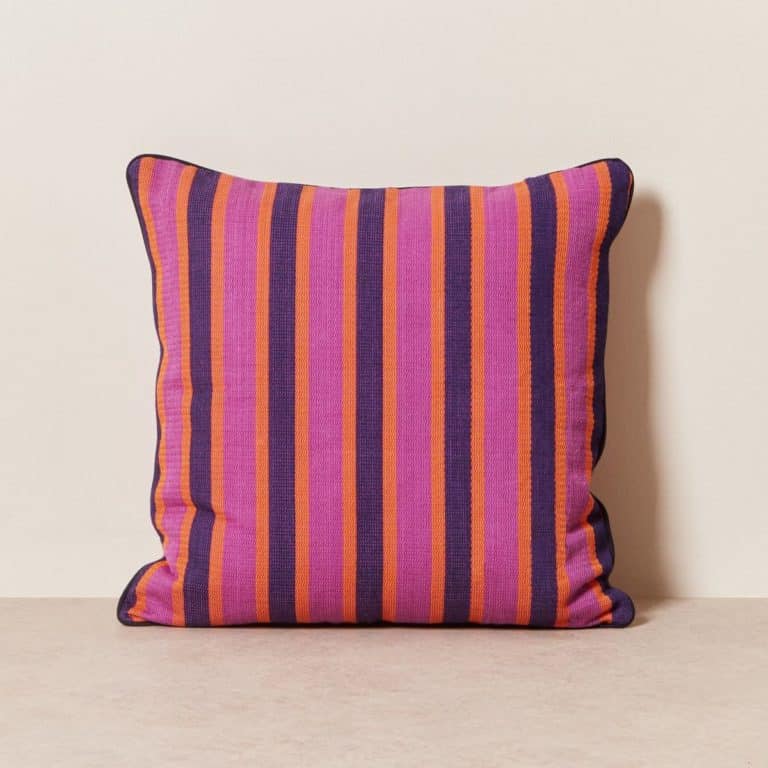 And from Goodee itself, here’s a striking throw pillow made in Africa in collaboration with the Ethical Fashion Initiative, the United Nations’ fair-trade division. According to the brand, Goodee worked with weavers in Burkina Faso to create the limited-edition cushion, which is made from Burkinabe and Malian textiles and sewn in Kenya.

UNDP – What do our clothes say about us?

The possibility of a bland fashion future starts to come to mind, where we are all dressed the same, losing our cultural expression. And worse, where this homogeny came at the cost of cultural heritage and the development of local economies. But there is indeed market potential for culturally-inspired pieces. As noted by Simone Cipriani of the Ethical Fashion Initiative, “Mass production always presents a risk of identity loss. However, I remain convinced that productions linked to cultural identities happening where these identities are developed, benefit local society with work and income.” 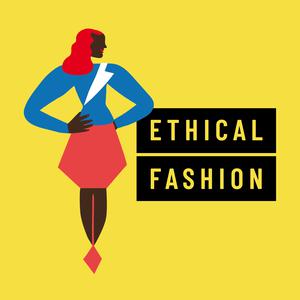 How can fashion be a force for good? Goodbye fast fashion! Hello to a better way focused on social and environmental justice, inclusivity and sustainable development. The UN’s Ethical Fashion Initiative acts as a bridge, connecting marginalised artisan communities, often in challenging and remote locations, with some of the biggest names in international fashion. Explore the issues driving the ethical fashion conversation with your hosts UN officer Simone Cipriani and sustainable fashion journalist Clare Press.

The Ethical Fashion Initiative Designer Academy has begun accepting applications from young fashion brands who want to learn about the business of sustainable and ethical fashion as well as take their business to the next level.

The two-year program is open to fashion brands in Benin, Burkina Faso, Ivory Coast, Eritrea, Kenya, Mali and Uganda who have been in operation for at least 2 years ranging from RTW, Accessories, Jewellery and/or Footwear with sustainable practices. 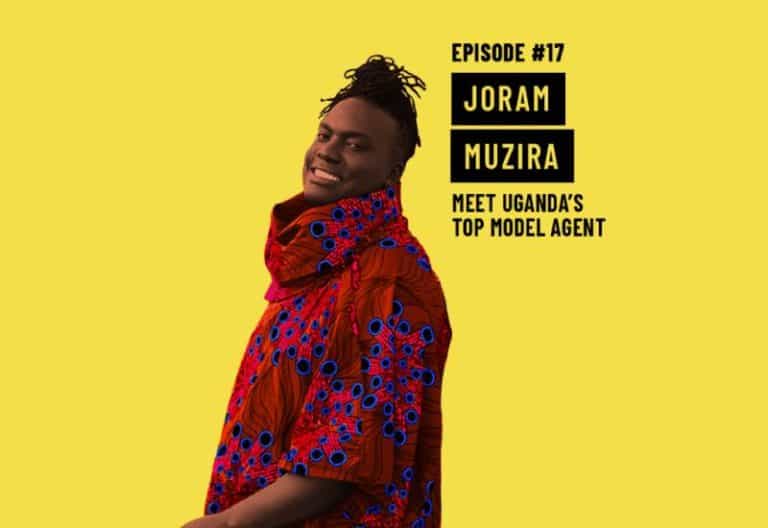 In 2020, Opportunities Are Here Project X premiered in Uganda, presented by the Ethical Fashion Initiative and the EU. A fully digital, televised talent competition, OAH Project X was the continuation of a nationwide call for young entrepreneurs in Africa. Undoubtedly the EFI’s most entertaining endeavor, the show also had a greater mission in mind: to build economic opportunity within the country.

In 2020 The Opportunities Are Here Project X arrived in Uganda, presented by the Ethical Fashion Initiative and the EU.

Surely the EFI’s most fun project to date, this televised talent competition followed a nationwide call for young creative entrepreneurs in Africa. But there’s also serious agenda – building economic opportunity.
The show’s three judges included Joram Muzira Job, Uganda’s top model agent, and in this fabulous interview Joram shares his career story and advice for the next generation coming through. 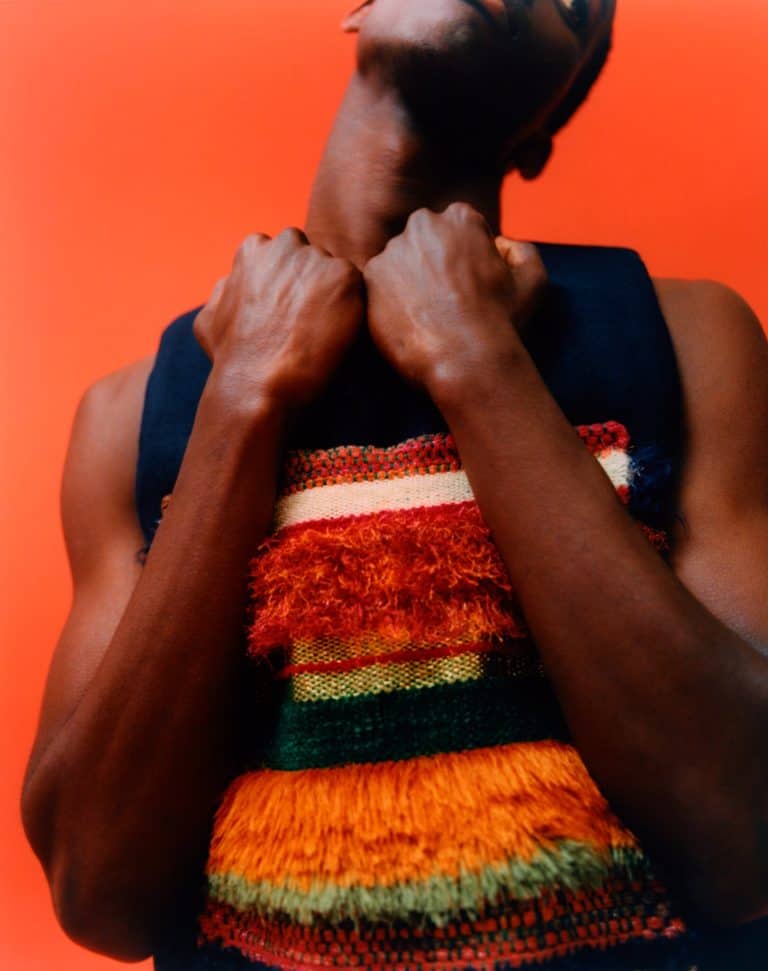 New York Times – The Designers Who Are Making Knitwear Cool

Mr. Mdingi gained experience in fashion media, retail, styling and art direction before realizing his heart was set on fashion design and, in 2015, starting his own label. Working with local patternmakers and the knitting communities in the Eastern Cape, Mr. Mdingi designs knitwear that bridges the gap between artisanal and modern design.

“Our growth has been like zero to two, not zero to 100, but I am happy with that,” he said. “Our roots are in human hands and what we have at our disposal in this country.” 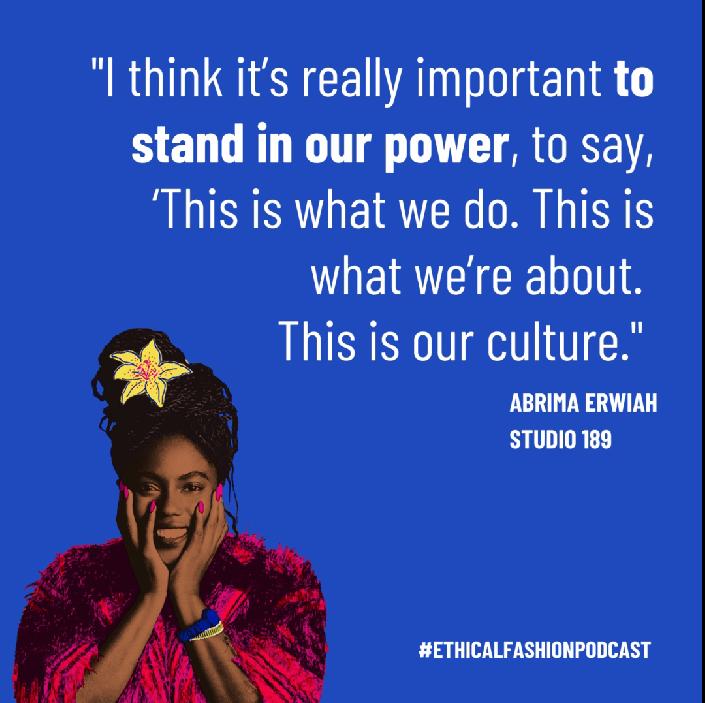 “I discovered EFI through a friend who was doing some work with them. They had a call for designers back in 2013-2014 that I responded to and got accepted… What they were trying to do was connect the dots and help build a local fashion industry but also build a product, and at the same time build the market. It was really consistent with what I was trying to do: work with marginalized communities.” says Erwiah.